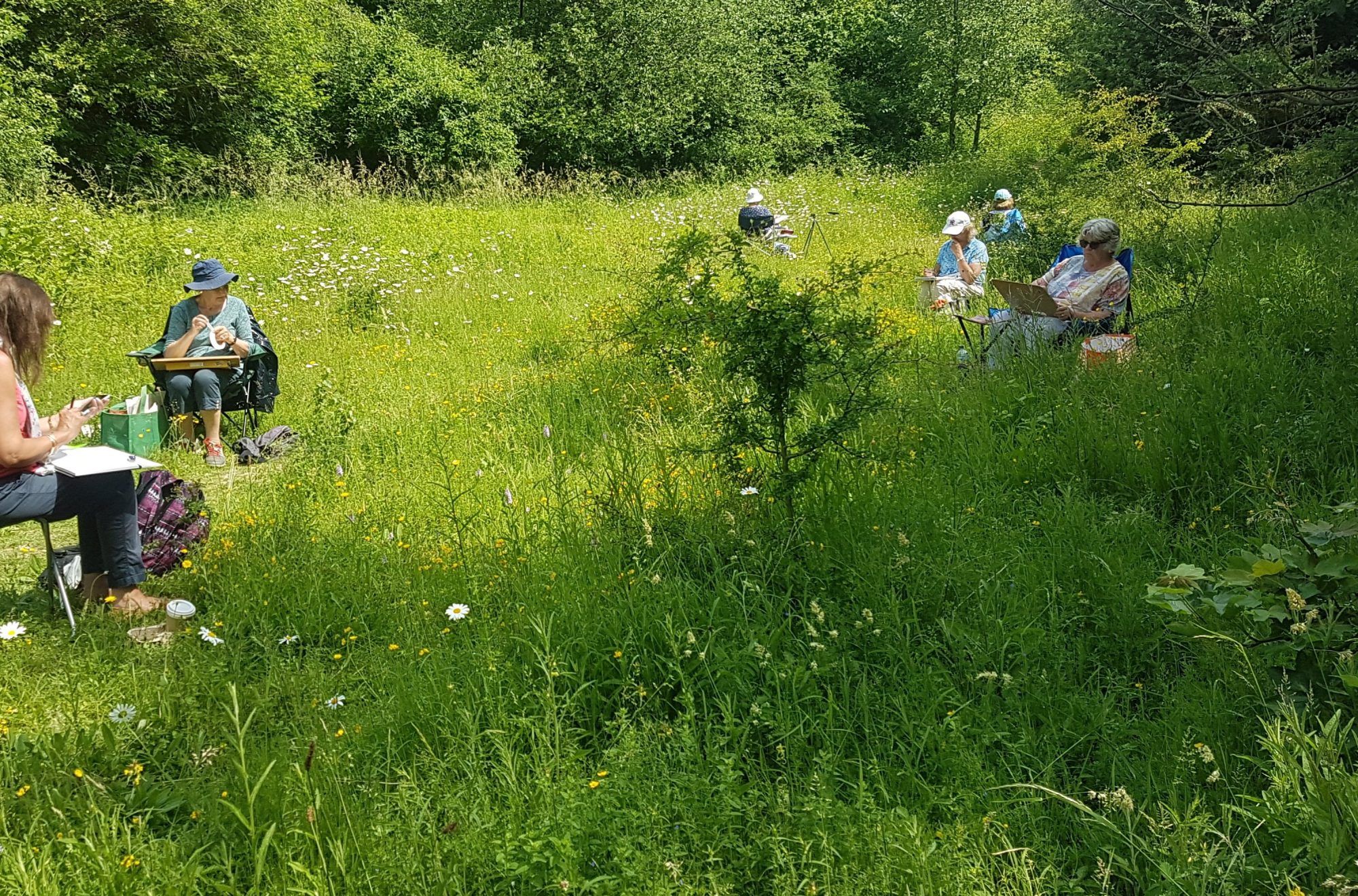 Watercolour Painting Onboard in a British Heatwave

*
What could be more perfect than a British heatwave and a box of paints? Adding water of course! We had glorious sunshine for British Keelboat Academy Racing on the Hamble this weekend.

I spent Saturday watercolour painting and sketching onboard Bootlegger 2, a handsome motor boat with lots of space, which was just as well since Bootlegger 2 was both committee vessel and mothership for the event.  Other than the picturesque J70’s, my painting subjects were crews waiting on the mothership, race officers, four delightful children and two seafaring dogs.  All subjects were very patient with my fixed stares!

Resulting paintings, both those made on the day and those I will paint later in the studio, will be for sale at Hampshire Open Studios,
http://www.hampshireopenstudios.org.uk/artists/basingstoke/item/kirstin-white